My short story entitled Like Family was published by Blood Orange Review on May 1, 2020. You can also read it here.

It all started with my son Adrian’s idea: Imagine if a mosquito were an introvert, and really wanted to be alone. With all the mosquito-repellent products out there, she’d have plenty of options if her goal was to keep other mosquitos away.

I thought: Hey, that would be a funny story. Shortly after, during a Pokemon sketching contest, we discovered that my partner, Urville, has a knack for drawing.

The family project The Introverted Mosquito was born. Story by Adrian, written by Janelle, illustrated by Urville. And we’ve just published it!

The Times Higher Education just published my contribution to the quit-lit genre, called The Grass is Greener (scroll to the bottom, the article is last in a series of three). They’ve also allowed me to reproduce it here.

If you have always wondered about a life outside academia, I’m here to tell you: the grass is greener. Since my PhD days, I’ve been peeking over the fence. In 2019, I finally took action. My aim is to speak to you, an academic who’s contemplating leaving, and suggest why it might be a positive life-changing move.

One month into my new career, I had a drink with a still-academic friend. She’d been running three internal committees in the hope of making a vague promise of tenure come good. She’d neglected writing articles and had put a book idea on hold to monitor internal politics, and as she drank her wine she told me she’d lost. She’d been denied tenure. I listened, and I was outraged.

But then I recognised something. My heart was not racing. I was not consumed by the fight-or-flight response that usually overtook me during such conversations. Why? Although it made me angry, her story no longer reminded me of my own desperate plight. I’d found an alternative work universe where academic troubles did not exist. I know I’m still in the honeymoon period of my new job, but this professional pivot made me realise: after 15 years in an academic bubble, the best thing about leaving is finding out that the world is more than the ivory tower.

How did I get to this point? When building up my academic CV, I remember being drilled about the importance of “solo author” or “first author” publications: I would demonstrate my worth through individual visibility. Why do academics find stories such as my friend’s outrageous? She took on a role that contributed to her department at the expense of her own research output and, eventually, her career. We are socialised to baulk at collaboration, and horror stories such as this just push us further into isolation.

As an assistant professor, I loved how I could focus on my very own research topic. It’s a privilege to publish under your name. But there’s a dark side. If you don’t get credit, you have no value. We are afraid to share our research project until it’s finished – or, better still, published. I learned the lonely but effective strategy of keeping my cards close to my chest.

“Collaboration” is certainly one of today’s buzzwords. While networking for non-academic jobs, I heard the concept thrown about. In my second week in my new job, I saw it in action. Several colleagues presented work in progress, from a project that had been conceived four days earlier (four days: not four months, not four years). Everyone in the room gave constructive feedback. Not simply because they were nice people, but because the success of the project involved them, too: their work would excel if their colleagues’ work excelled. Their insights could contribute to the insights of the entire team.

There is no “I” in team, but there is one in “academic”. When there is scientific collaboration in an academic department, there’s an inevitable fight for authorship, which in my experience extends even to internal policy documents. In my brief time outside, I’ve learned that contributing to the research strategy and production of a team and, eventually, an entire company can be empowering. For the first time in my professional life, I believe that I can actually change a place for the better. It turns out that authorship isn’t so important after all.

There was a time when I forgot about my urge to leave. The grass is always greener on the other side of the fence, they say. The phrase is meant to reprimand people who aren’t satisfied with their current situation. I was determined to be optimistic: I was on the tenure track, living the academic dream! I did the dance of grant submission, convinced that I was on my way to being a star. I failed, and failed again. And again.

Grants: all your ideas, painstakingly laid out over months and sometimes years of preparation. That list of publications you fought to assemble tacked on as proof of your competence. Then there’s blind peer review, in which an anonymous person gets to decide whether the grant proposal is good enough. A lonely professor, halfway across the world, who has some weird negative association with your topic, rejects your idea, and it goes in the bin. “It’s a lottery,” they say. “It doesn’t mean anything.” But it does. If you don’t win, you don’t know if it’s because your ideas suck or you just missed the mark by chance. That uncertainty, to put it mildly, messes with your mind.

In the end, this was the reason why I would never get promoted. The necessity of grant success became the thing that wore me down, more than anything else. For years I saw grant submission as a curse, but failing at it was also a blessing in disguise. It gave me the momentum to declare that I would no longer play a rigged game and to say goodbye. Now I have weekly meetings with a manager who measures my success through tangible outcomes. It’s as if I’m taking great gulps of air into my lungs after what feels like a lifetime underwater.

Should you quit? I know I just spelled it out, but forget about the dysfunction: the real question is simply whether you have that nagging feeling that you’re in the wrong place. If you’ve got that and you have the audacity to quit, find something else and realise there is a life outside the ivory tower, then I guarantee: the grass is always greener.

Proximity Magazine published my piece “Catnapping” on 18 July 2019. The story can also be read here.

An article I wrote a few months ago – called Putting the “Academic” Research in UX – has been published on UXinsight Notes. The article focuses on parallels between UX and academic research. Here’s an excerpt:

Whether in academia or UX, we do research in order to systematically uncover what people need, want, and desire. We do research to avoid coming to conclusions that simply reflect our private beliefs and opinions. By reflecting on the research process in this way, both types of researchers can improve their research techniques, argue persuasively for more time and resources for the research process, and, in the end, better the products (or papers) they are developing and improving.

UXinsight Notes is a brand-new (still in beta!), Netherlands-based platform that looks to be a great resource for those interested in UX research. It aims to connect, stimulate and inspire UX researchers to share and expand their expertise.

The Qualitative Report published my article “A Dating App Autoethnography: Presenting Myself as a Researcher and User”. The full article is available online, and the abstract is below.

Matchmaking mobile applications, or dating apps, have become hugely popular in recent years, with millions worldwide swiping through potential romantic partners. The literature on technologically mediated dating has explored how people manage impressions but has rarely taken an autoethnographic perspective: How does the author, both a researcher of dating apps and a user herself, experience self-presentation? In this paper, I first introduce a theoretical focus on impression management on dating apps. Next, I explain the choice of autoethnography as a method. Drawing from various source materials like personal journaling and chats with matches, I present two autoethnographic pieces: one focusing on my self-presentation as a dating app researcher, and the other on my own dating app use. I follow these by analyzing my motivations and impression construction in the dating app environment, keeping in mind theoretical insights. I conclude with a discussion into the challenges of an autoethnographic approach to impression management.

The Times Higher Education published my response to the question: “What’s your academic pet peeve?” The article is available in the print edition (24-30 January 2019). 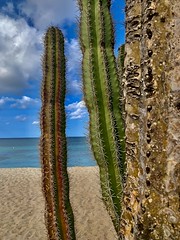 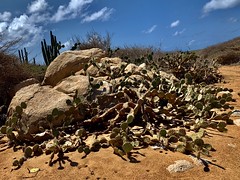